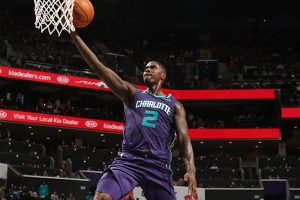 The Charlotte Hornets announced on Monday that the team will hold training camp and host the Boston Celtics in a preseason home game at the Dean E. Smith Center in Chapel Hill.

Tickets will go on sale at 10 a.m. on Thursday, July 19, and can be purchased online through the UNC ticket office at GoHeels.com or by calling 919-962-2296. Tickets also are available online at hornets.com or on the Hornets app.  Prices start at $17.50 plus applicable fees.  Tickets for groups of 15 or more are available by calling the Hornets group sales department at 704-688-9047.

“We are excited to bring Hornets basketball back to the Smith Center for the first time in more than a decade,” said Hornets President & Vice Chairman Fred Whitfield. “We look forward to opening the preseason portion of our 30th Anniversary season with the great basketball fans in the Triangle.”