The project descriptions and network maps in this appendix are intended to serve as stand-alone summaries of the bicycle infrastructure projects proposed in the Bicycle Plan. They were developed to assist in the implementation process by providing additional detail for proposed short and long term projects on the major streets within campus. The project descriptions are organized by street in alphabetical order to aide in navigation of the Appendix. Path segments around Kenan Stadium, the Business School and Dean Smith Center have been given names to enable discussion of proposed improvements. A project sheet for William Blythe Drive was not developed as the recommendation is limited to the provision of a bicycle lane within the existing cross section in the short term.

The following maps are provided for your reference:

An additional map is provided from the Town’s Bicycle Master Plan which depicts the vision for a limited cycle track network within the Town to connect Greenways and priority destinations such as the UNC-CH campus. The Cycle Track Alternative map has been reproduced from the Town Plan. It is included for reference as the Town Plan recommends consideration of cycle tracks on portions of South Columbia Street, South Road, Cameron Avenue, Pittsboro Street and McCauley Street as an option. The Town, NCDOT and UNC- CH will coordinate planning efforts if all or portions of this network are pursued. UNC-CH is not committing to imple- menting the cycle track network as the roadways proposed for its inclusion are largely under the control of the Town or NCDOT.

In the short term, it is recommended that a combination of bicycle lanes, climbing lanes and marked shared lanes be added to the existing roadway network. The improvement used will be determined mostly by the existing road width. Bicycle lanes, which create a separate space for the bicyclists to travel on both sides of a roadway are preferred. However, where there is not room for separate bike lanes in both directions and there are steep slopes, a climbing lane is recommended. The climbing lane is a separate bike lane only on the uphill side of a roadway. This separated lane allows bicycles to travel safely uphill without impeding vehicular traffic lanes. Where there is no room for either bike lanes or a climbing lane, marked shared lanes, can be used. The marking of the lane as a shared use lane consists of a bicycle symbol placed in the center of the lane with directional chevrons to indicate that this roadway is a shared use facility for both vehicles and bicycles. The symbol is repeated at regular intervals. The shared lane markings primarily are used as a tool to raise awareness that both bicycles and vehicles should share the road.

In the long term, it is recommended to reconfigure or reconstruct roadways and paths to provide additional space for bicycle lanes, climbing lanes, paths or cycle tracks.

The long-term bicycle network was developed to guide the implementation of the campus master plan, which envisions new campus buildings, roadways and paths, as well as redevelopment of some existing buildings. The long-term recommendations are expected to be higher cost and will require reconstruction of roadways, installation of new paths and reconfiguration of parking. Implementation of these projects will require collaboration between UNC-CH, the Town and in some cases the NCDOT.

The long term bicycle network identifies those segments which will require further analysis and coordination with partner agencies. In many cases there are multiple options proposed for the bicycle accommodation. Additional information will be required to choose a preferred design treatment for some locations. The selection of a preferred treatment will require a careful evaluation of bicyclist needs and volumes, pedestrian volumes and traffic operations within the context of available space and budget to implement an improvement. The preference is to provide the highest quality bicycle facility which maximizes separation from both motorized traffic and pedestrian traffic. As long-term projects are implemented, it will be equally important to consider facility type continuity along the route for the bicyclist.

The project description sheets for each major street and path are structured to provide the following information to guide project implementation: 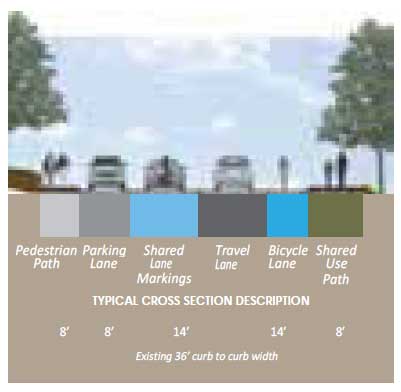 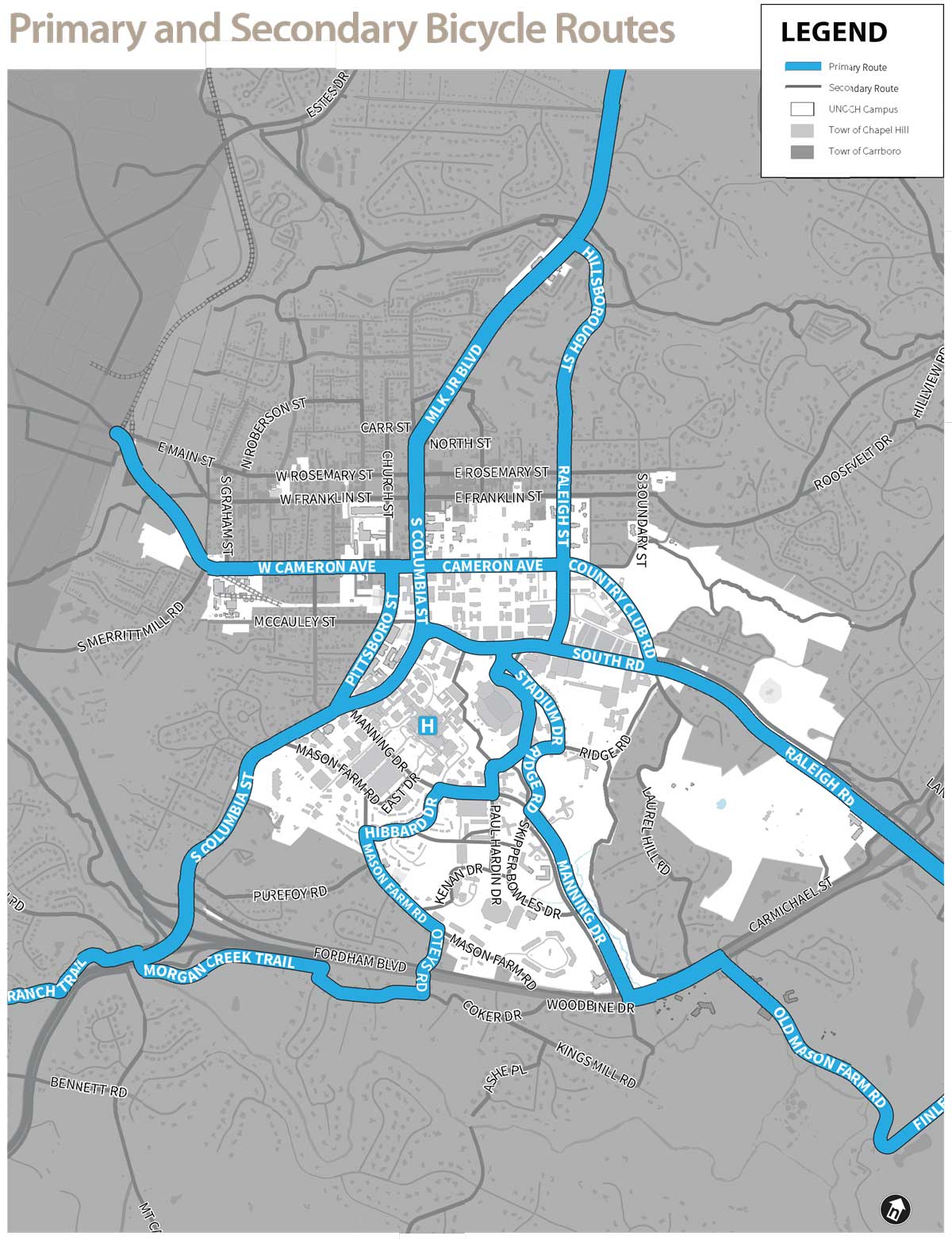 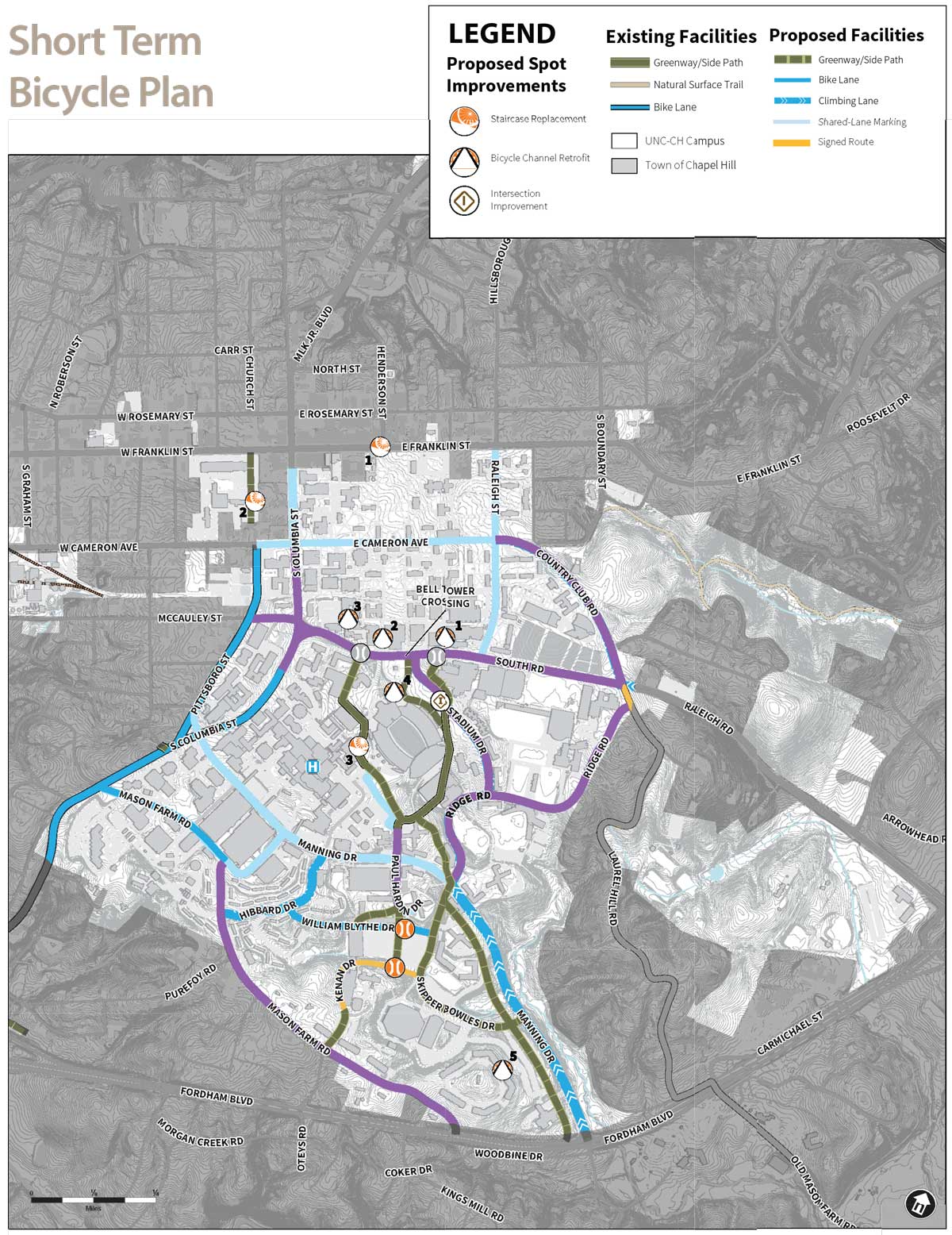 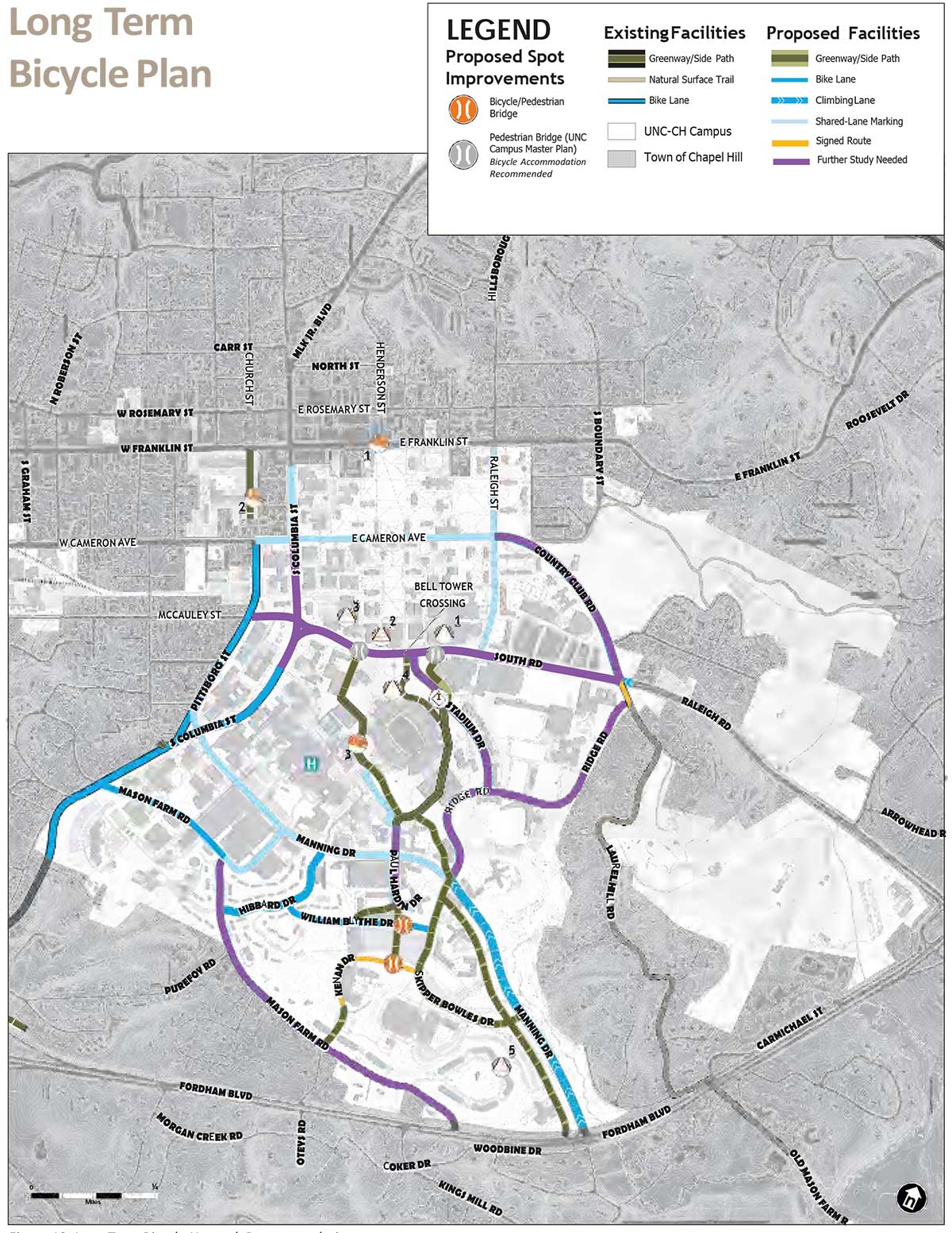 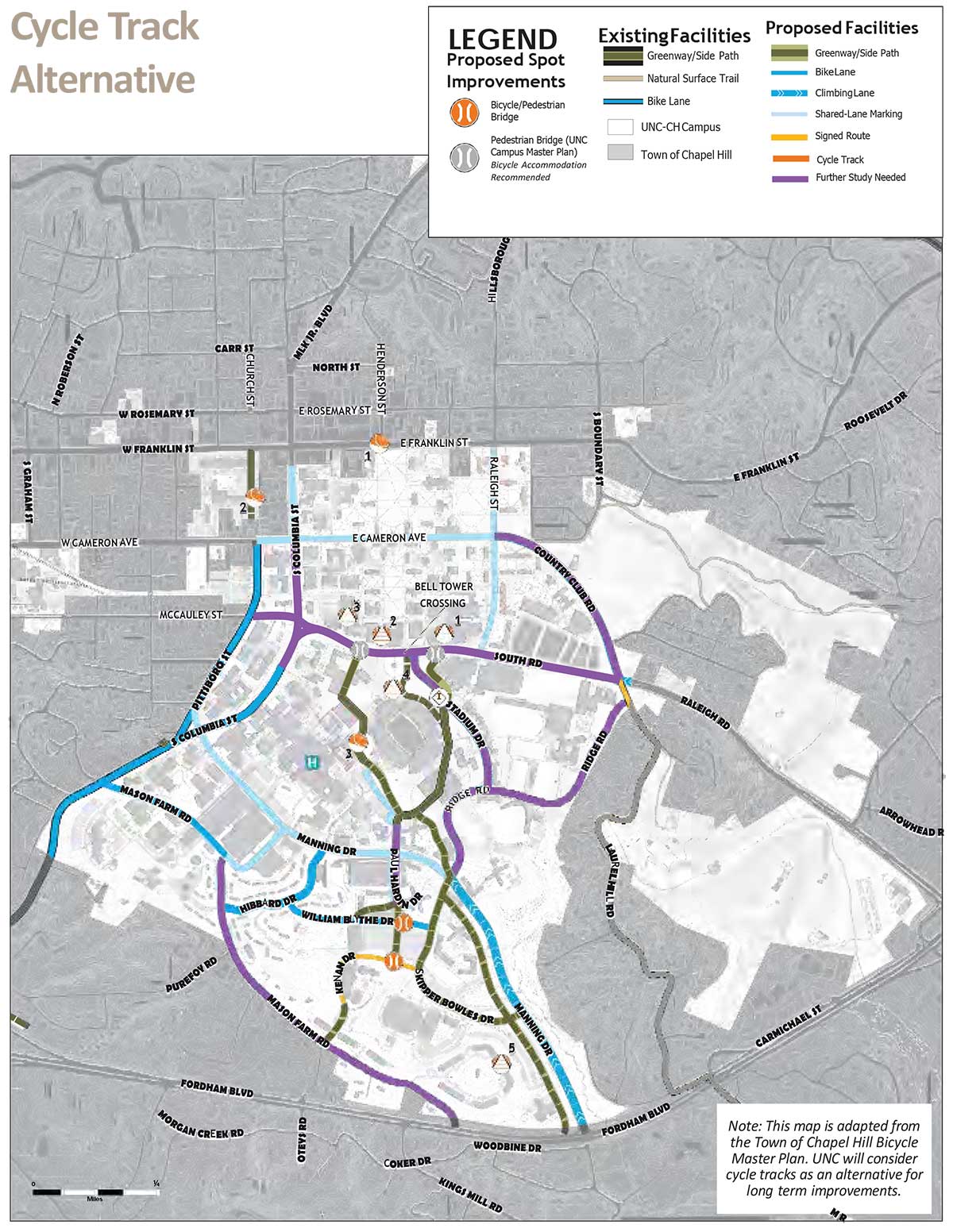